The Louisiana Board of Professional Geoscientists Board shall consist of nine members; six shall be licensed geoscientists, one shall be a licensed professional engineer with expertise in geotechnical engineering and geoscience, and two shall be members of the public. Governor shall nominate at least one member from each congressional district.  Except for the two members of the public, governor shall select nominees from the Louisiana Engineering Society, New Orleans Geological Society, Baton Rouge Geological Society, Shreveport Geological Society, and the Lafayette Geological Society.  Members serve at the pleasure of the governor on or after January 1, 2013; no employee of the Department of Natural Eesources (DNR), including but not limited to the Office of Conservation, or of the Department of Environmental Quality (DEQ) shall be appointed to the board. 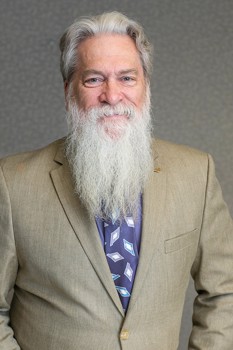 The current chair of the Louisiana Board of Professional Geoscientists is William H. Schramm, who was appointed to the board in 2018. Schramm retired in 2017 after 28 years with the Louisiana Department of Environmental Quality (LDEQ). During this part of his long career, he worked closely with industry, consultants, regulators, and private citizens, to investigate and remediate over 3000 contaminated sites. As a supervisor in the Remediation Division, he...

Mike Simms is a geologist and hydrogeologist in Baton Rouge, Louisiana.  His education in geology was at Johns Hopkins University (Department of Earth & Planetary Sciences) (B.A., 1977; M.A., 2002; and Ph.D., 2011) with training in structural geology, sedimentology, geochemistry, and hydrogeology.  He taught hydrogeology at LSU (Department of Geology & Geophysics) from 1985 to 1988 and has worked in the areas of groundwater contamination assessment and remediation, groundwater resources,... 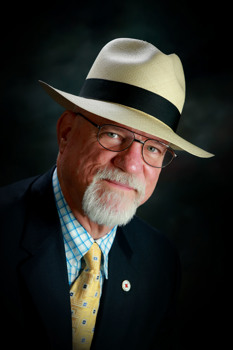 Melanie Stiegler, Ph.D., P.G., is an igneous petrologist and faculty in the Dept. of Earth & Environmental Sciences at the University of New Orleans. She received her Bachelor of Science in geology from Louisiana State University and a Doctor of Philosophy in geology from Stanford University. She lives in New Orleans with her husband and three children.

Dave Culpepper is a licensed Louisiana Professional Geoscientist, and a licensed Arkansas Professional Geologist. He currently serves as Chief Operations Officer for KourCo Environmental Services, Inc. Prior to starting his own company in 2002, he was vice president of Groundwater Technology, Inc. (GTI), then Regional Chief of Operations for PELA, Inc., founded by the former chief of the Groundwater Branch for the U.S. Geological Survey (USGS). 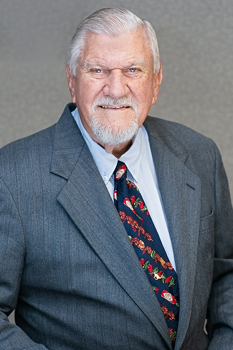 Luzma Mata de Leder holds a Bachelor of Science degree in Biology from the Universidad Autónoma de Mexico (UNAM) in Mexico City, and a Master of Science degree in Geology from Louisiana State University. Her career began in Mexico where she participated in several oceanographic expeditions as part of a marine research program conducted by the Mexican Navy Bureau. The goal of these expeditions was to collect sediment and water... 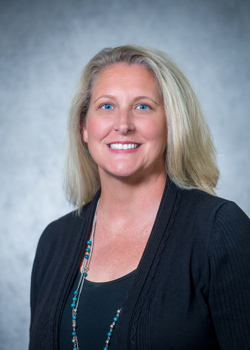 Chantel McCreary, ABA, BSP, has been employed as the assistant executive secretary and bookkeeper with the LA Board of Geoscientists since 2017. She is also employed with the LAPELS Board as a compliance investigator.

Liz McDade is a geoscientist with a career focus on south Louisiana and the Gulf of Mexico basin. She is a licensed geologist (PG, LA), has a BS from Newcomb College, Tulane University, as well as an MS and Ph.D. from LSU. Her education focused on south Louisiana organic geochemistry - source rocks and depositional environments. She has gained valuable professional experience at LSU’s Basin Research Institute, Texaco Exploration &...

David Ray Williamson has served as a Board Member of the Louisiana Board of Professional Geoscientists and Chair of the License Review Committee since 2018. He is a National Association of State Boards of Geology (ASBOG) Council of Educators Subject Matter Expert in Geology.

Mr. Williamson is a Licensed Professional Geoscientist in Louisiana, and a Registered/Licensed Geoscientist/Geologist in Arkansas, Mississippi and Texas.  He is a graduate of Millsaps College with... 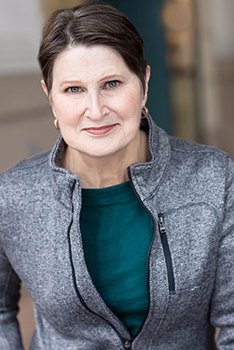 Brenda Macon is the executive secretary of the Louisiana Board of Professional Geoscientists. In this position, she works with the board as its administrative manager. Prior to serving in her current position, she was with Louisiana State University, where she held a variety of positions, including managing a major literary journal (The Southern Review) and producing a vital college magazine (Kaleidoscope: The Magazine of the LSU College of Arts &...